Millimetron Space Observatory, as a part of the space-ground interferometer, makes it possible to achieve high angular resolution necessary to study distant objects that have an extremely small angular size. The estimated angular resolution can reach 3.7 – 10-8 arc seconds. This is thousand times greater than the capabilities of the Event Horizon Telescope that demonstrated to the world scientific community the first image of the black hole shadow in the M87 galaxy in April 2019. Such angular resolution is equivalent to the observation from the Earth surface of a human hair located on the Moon.

The importance of the Space-VLBI mode is the capability to observe the matter close to the event horizon of supermassive black holes. This allows to verify the general theory of relativity (GR) in an extremely strong gravitational field, as well as to study processes in active galactic nuclei (AGN). The latter will make it possible to observe physical processes taking place under conditions inaccessible to modern particle accelerators. 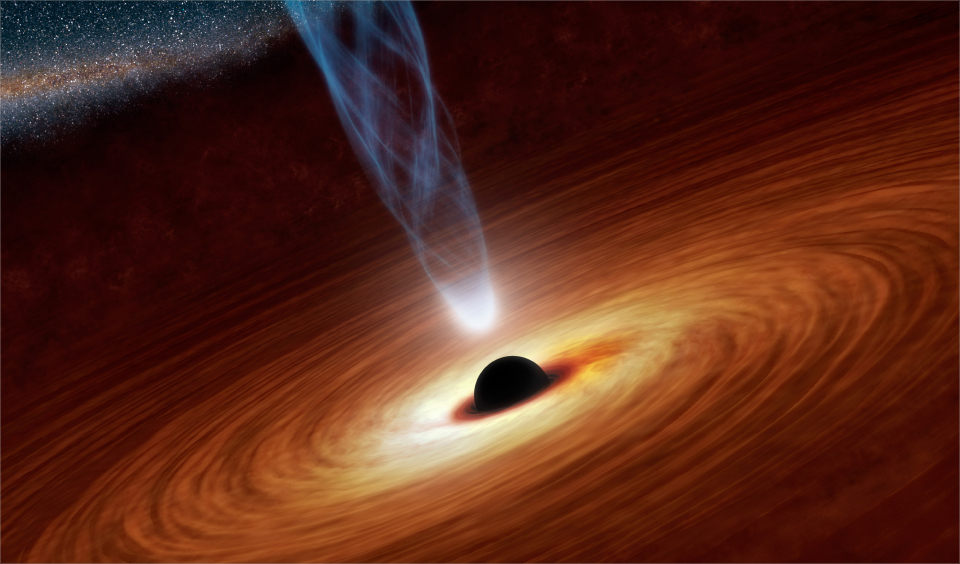 As a part of the Millimetron mission, a search for wormholes can be performed.

This task involves testing the hypothesis that the nuclei of some galaxies can be wormholes, not supermassive black holes, using the observational properties of wormholes that differ from black holes. A wormhole is an object theoretically predicted by the general theory of relativity, consisting of two entrances – three-dimensional holes in space connected by a tunnel lying outside of our space-time.

The discovery of wormholes would mean a revolution in modern astrophysics, proving the existence of fundamentally new objects, the complex topological structure of space, and even the existence of other universes. 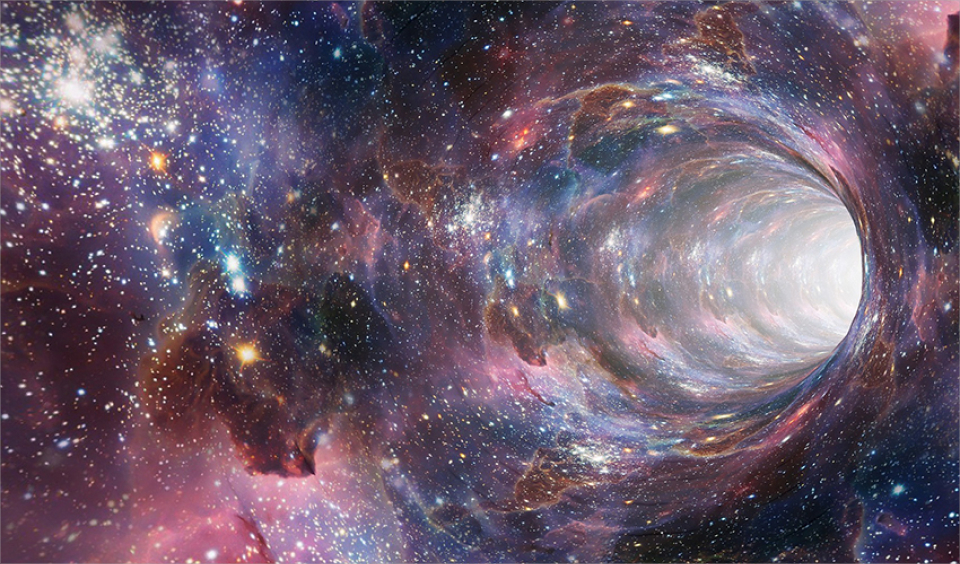 It is important to note that the search for wormholes does not require additional observational time. These studies will be conducted as a part of the black holes observations.

The capabilities of VLBI observations with Millimetron observatory are determined by the orbit the spacecraft. Currently, the target orbit is an orbit around L2 point. This orbit provides opportunities for interferometric observations with an unprecedentedly high angular resolution. Baseline projection could reach 2 million km. This will allow to estimate the brightness temperature and photon ring parameters for dozens of nearest supermassive black holes in galactic nuclei.

Additionally a transition of the spacecraft from L2 point into a high elliptical near-Earth orbit (HEO) is considered after the key science program of single dish mode. This orbit provides sufficient UV coverage and angular resolution to obtain two-dimensional images of sources located in the center of our Galaxy, M87 and M31 with previously unreachable quality.

The sensitivity of the space-ground interferometer will be 1-20 mJy, depending on the frequency range. For accurate estimation of sensitivity, you can use the sensitivity calculator.

In addition to the key science case Millimetron will be able to study the physics of jets, double black holes and gravitational lensing in space-VLBI mode.