Millimetron Space-Ground VLBI receivers will be used for Very Long Baseline Interferometry observations between Millimetron and ground stations such as ALMA, NOEMA, EHT network, KVN network and so on. Observations will utilize both Lagrange L2 point as well as elliptical near-Earth orbit (see orbit section). For efficient operations, VLBI instruments will be split into frequency bands, matching those of ALMA and other ground based stations. For multi-frequency operations capability, all VLBI bands will be quasi-optically combined using the set of dichroic filters and will receive signal from the same direction on the sky. Simultaneous operation of several or all receivers will be possible. Receivers in band 1, 2 will be based on cryogenic HEMT amplifier technology, while band 3-4 will utilize superconductor isolator superconductor technology. The maximum digitized IF bandwidth is 4 GHz for single frequency operation, which can be selected anywhere within the IF band. Main parameters of the Space-VLBI receiver bands are shown in the table below:

* Receiver bands in red color are the highest priority receiver bands. Implementation of other bands depends on the science priorities, discussed in Space-VLBI science working group. 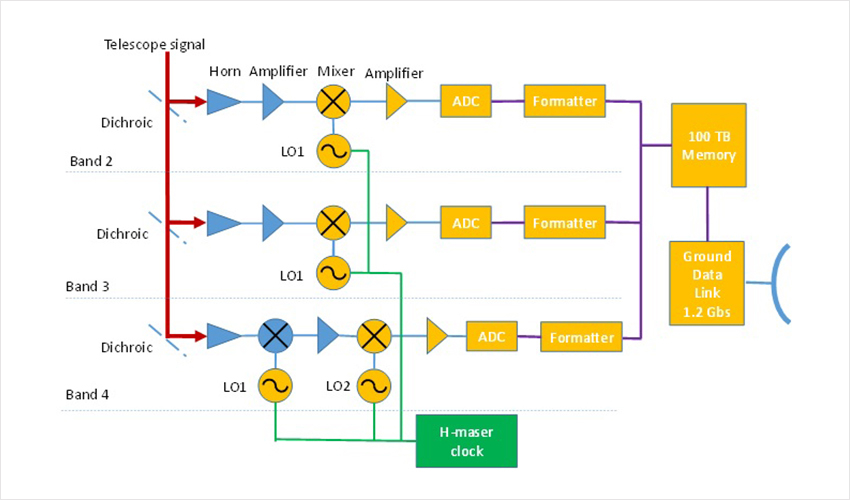 Time synchronization for the system is based on active on-board hydrogen maser clock, which is used to synchronize all local oscillators and ADC clocks of VLBI receivers. The digitized signal will be formatted and recorded into on-board memory. When observations are finished data will be sent to the ground using ground data link.

High resolution spectrometer is a device, which consists of seven sub-bands, each of which is a separate heterodyne receiver. The spectrometer is a logical continuation of the HIFI receiver (http://www.cosmos.esa.int/web/herschel/science-instruments), installed and successfully operated as part of the Herschel Space Observatory. In fact, a high resolution spectrometer as part of the observatory "Millimetron" is an upgraded version of the HIFI receiver, which will use the experience of the development and operation with the predecessor. 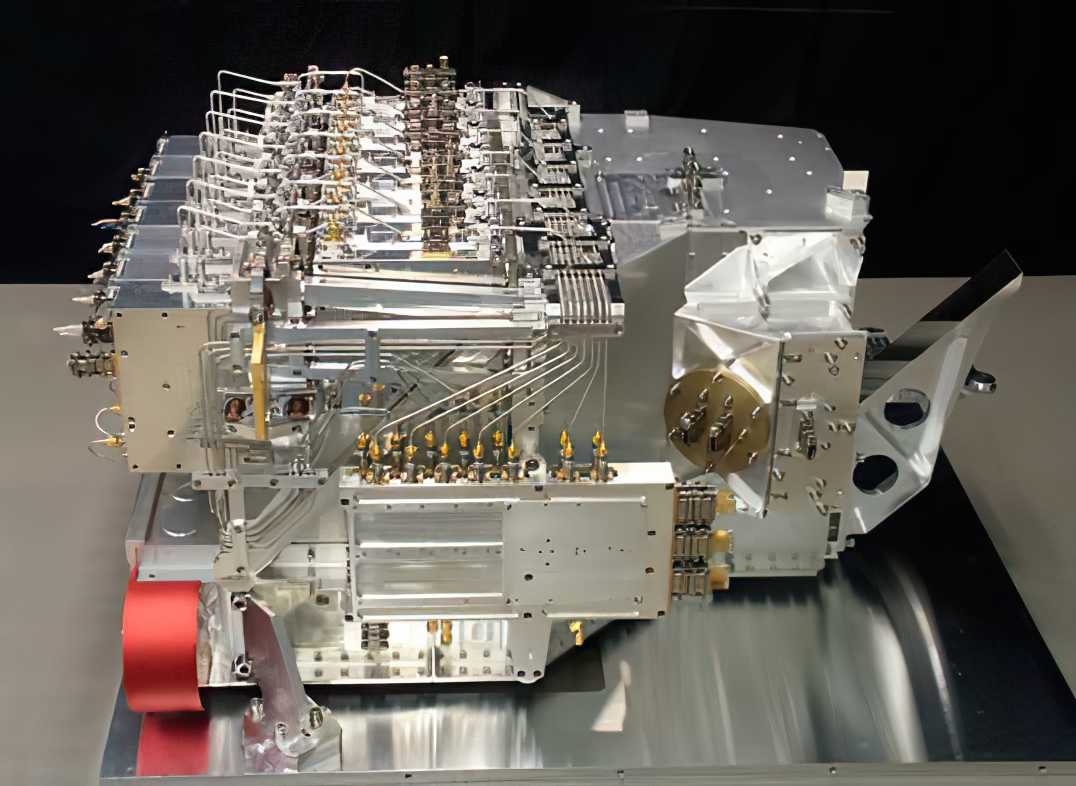 Also, comparing high resolution spectrometer to HIFI, the frequency range will be significantly increased from 600 GHz to 5 THz, and matrix mixers will be used as the receiver’s sensitive elements (up to 7 pieces). Seventh frequency band – «Post-cryo» – effectively doubles the first band and is going to be built on the basis of mixers with a Schottky barrier diode, which will make it possible to carry out astronomical observation sessions with this instrument after moving the telescope in the "warm phase". The spectral resolution of the receiver (λ/Δλ) in all frequency bands will be an order of 106 and better. 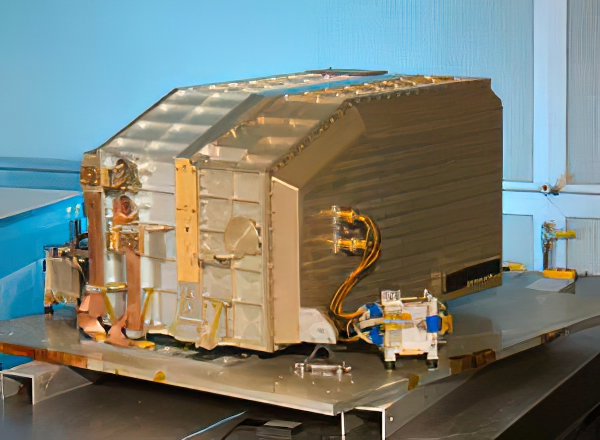 The main objective of the long wave spectrometer matrix is imaging, spectral and polarization information from weak intensity space sources. Similar instrument is the SPIRE receiver (http://www.cosmos.esa.int/web/herschel/science-instruments), successfully operated as a part of the Herschel Space Observatory.Simultaneously, this receiver will be optimized for precise measurement of Syunaev-Zeldovich effect. The spectrometer whole frequency range from 100 GHz to 1 THz will be divided into 4 sub-bands.

Design and development of the long wave matrix spectrometer, according to formal agreement with the Russian Space Agency, took the Italian Space Agency, together with a group of scientists from the University of Rome, led by Professor Paolo de Bernardis and Silvia Masi. This group is already trying to test the receiver with the same principle and design, as part of the OLIMPO balloon experiment, which, unfortunately, failed to start in 2014 due to weather conditions. 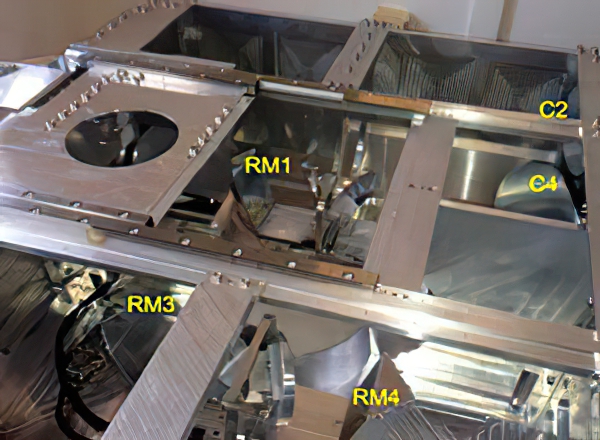 Design of the receiver on-board of the OLIMPO balloon telescope. 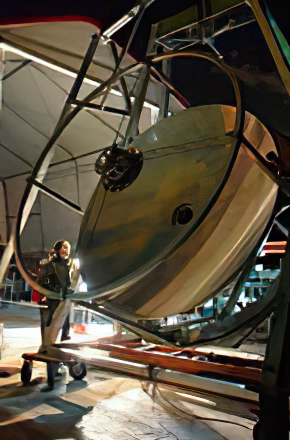 As sensitive elements for the matrix the promising detectors are the detectors based on superconducting bolometers (TES, KID, HEB). Short wave matrix spectrometer will consist of two main parts – the matrix photometer operating in the whole frequency range, which is divided into several sub-bands by dichroic beam splitter, and a matrix spectrometer, the spectral resolution of which will be determined by the input optical filter. A similar approach was used in the PACS receiver (http://www.cosmos.esa.int/web/herschel/science-instruments), successfully operated as part of the Herschel Space Observatory, which, undoubtedly, will be used in the development of short wave matrix spectrometer for the "Millimetron" observatory. 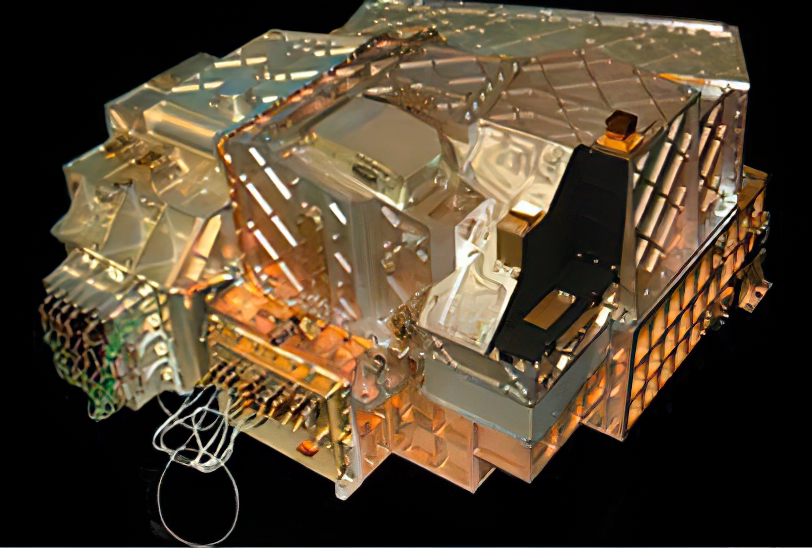 BLISS receiver preliminary design with ray-tracing (3D model), originally proposed by the JPL (USA) for the SPICA space observatory (https://www.ir.isas.jaxa.jp/SPICA/SPICA_HP/index-en.html) can also be adapted to the observatory "Millimetron."