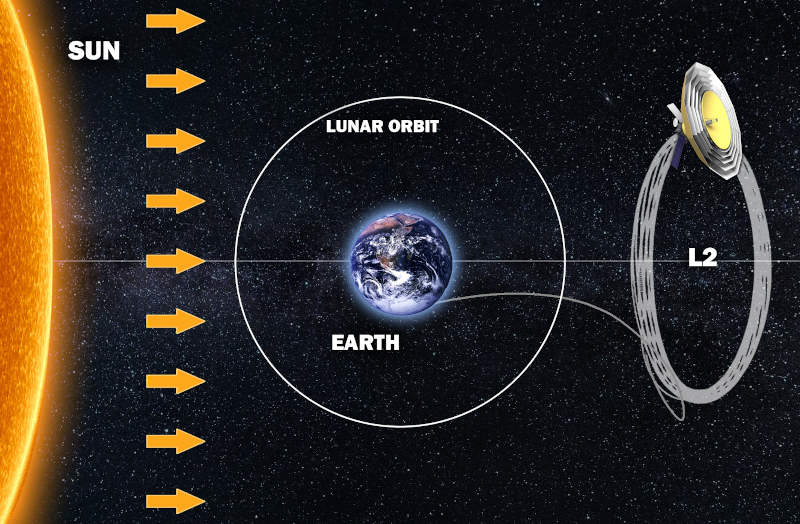 Millimetron space observatory will operate in the vicinity of Lagrange point 2 (L2) of the Sun-Earth system. The halo orbit in L2 point of the Sun-Earth system is the most suitable configuration for single-dish mode, where the best sensitivity is required. Such orbit reduces the load on the active cooling system of Millimetron observatory telescope and provides unprecedented angular resolution. The halo orbit is located near L2 point at a distance of 1.5 million km from Earth in the direction opposite to the Sun. Parameters of considered halo-orbit in L2 point are the following:

The spacecraft will be launched by a heavy-class launcher.