According to the requirements, the thermal control system must ensure cooling of 10-m space telescope down to 4K and cooling of on-board instruments. That will be implemented by a combination of passive (sunshields) and active cooling (mechanical cryo coolers).

Critical points to achieve the requirements:

Implementation of this principle affects almost every aspect of the space observatory design to a greater or lesser degree, therefore thermal design drives structural design.

The observatory is equipped with large deployable sunshields to block the light and heat from the Sun, the  Earth, and the Moon. Millimetron orbital position at the Earth-Sun Lagrange point L2 keeps all three celestial bodies on the same side of the spacecraft during all time, that maintains constant thermal environment for the telescope. The sunshield system passively cools the telescope to the temperature level of 30-50K. Each sunshield consists of 2 layers of supported pretensioned two-sided aluminum-plated polyimide thin-films and 12 deployable spokes. Cryoshield, the nearest to the primary mirror, will be connected to the 20K level of the mechanical coolers and cooled down to 20 K. It will have a different structure comparatively to the sunshields. 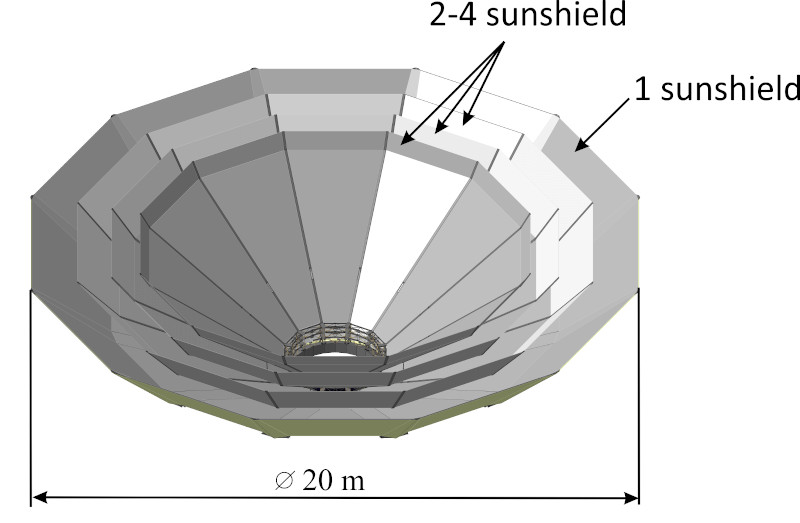 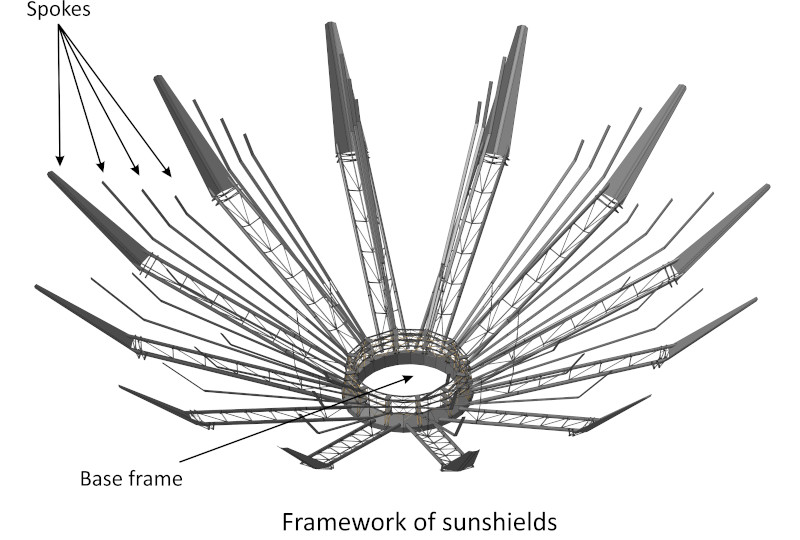 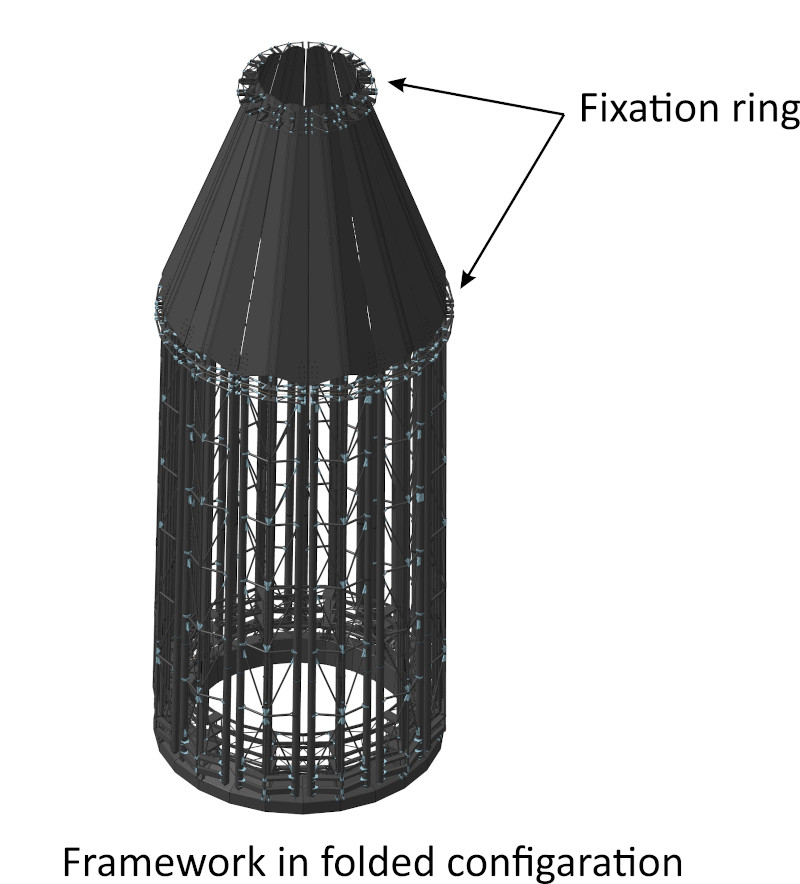 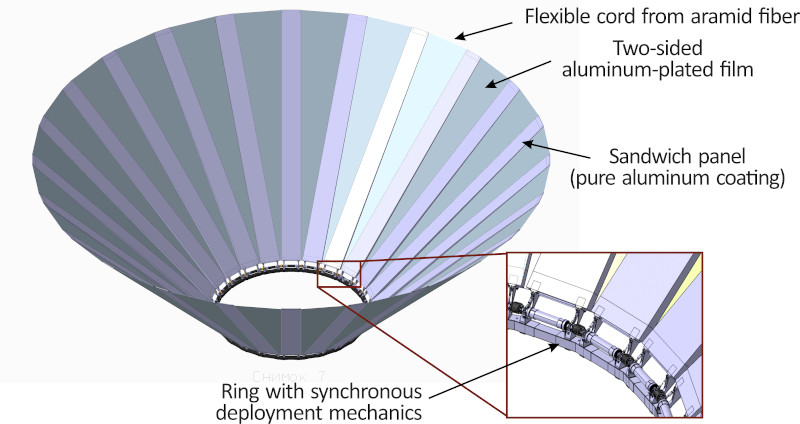 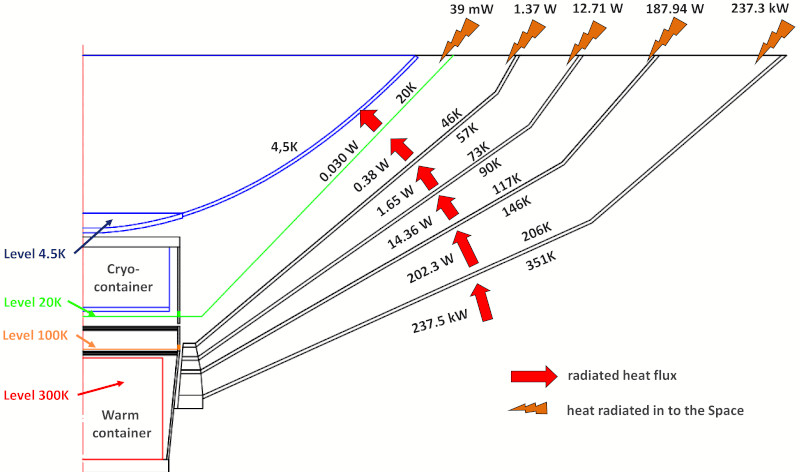 Key moment for the thermal design of Millimetron is to reduce the heat load for active cooling system operation stages. The dominant factor behind the heat load was the heat conduction through the basic structure. Two solutions were implemented: use the materials with low thermal conductivity and reduce the ratio of the cross-sectional area-to-length in truss elements. However, it was not easy to find solution since the main truss assembly must have sufficient stiffness and strength to support the payload module and its mass exceeds 3000 kg during launch. Following launch, the primary mirror basic structure is required only to apply the loads associated with observatory operation: L2 orbit insertion, repointing, and station keeping. To reduce the thermal conductance of the basic structure, we have assumed that launch loads associated with the telescope and instruments will be applied via some detachable interface between cryogenic and warm parts of the basic structure. 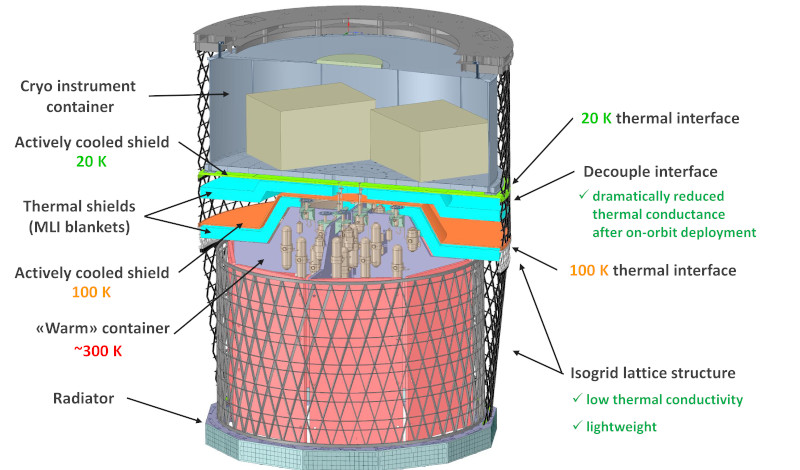 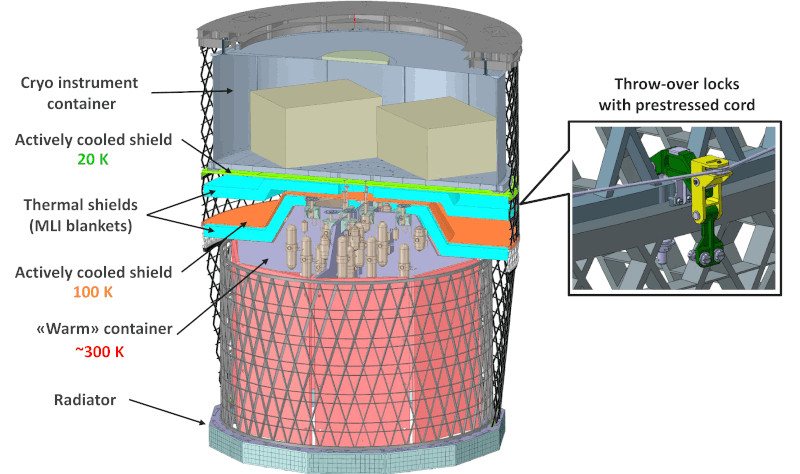 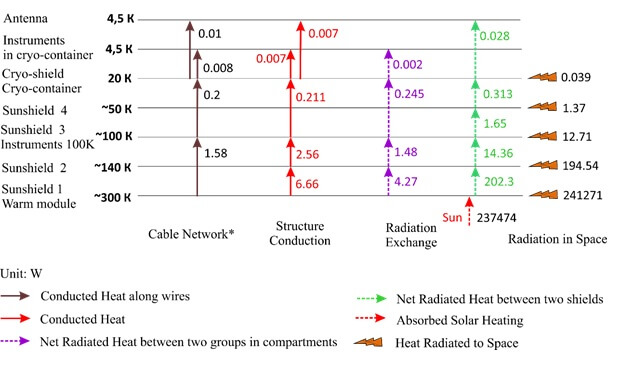 Budget of the heat loads on the temperature levels

Concept of the active cooling system 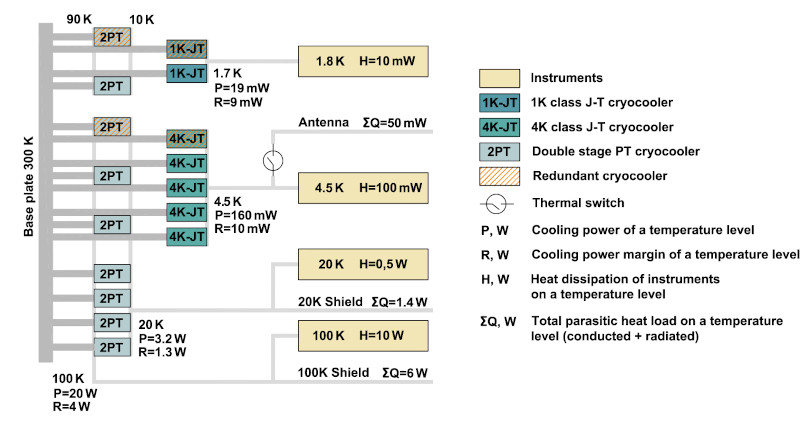 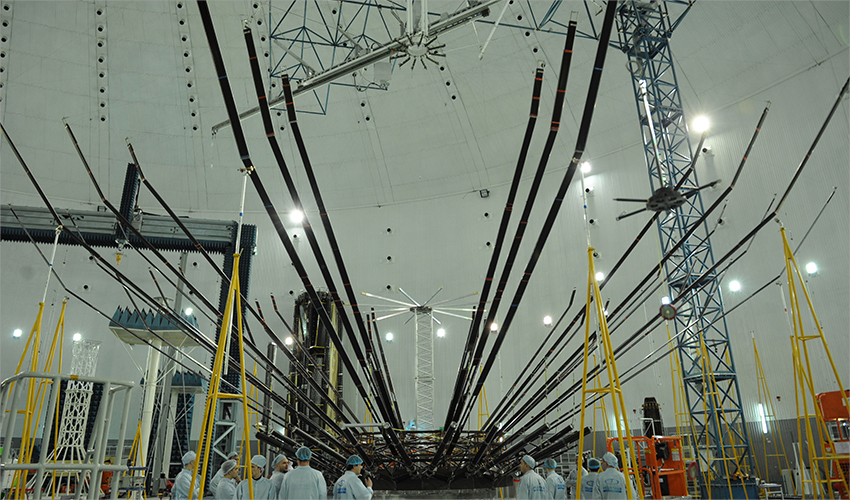 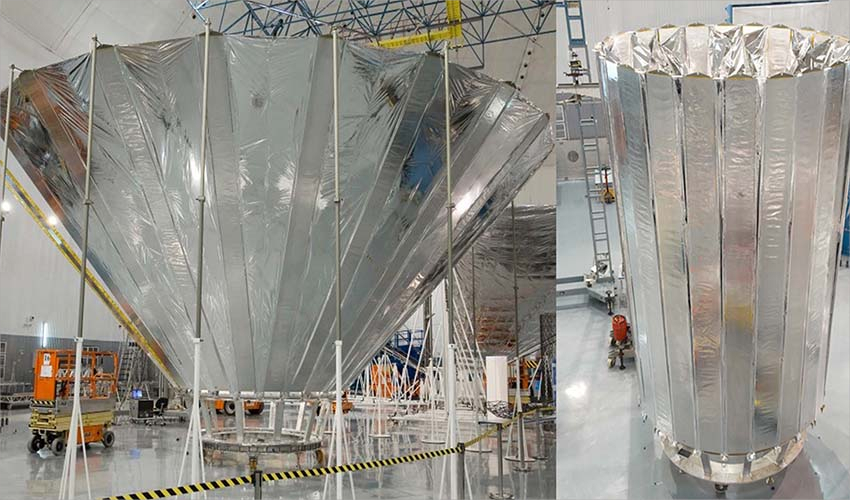 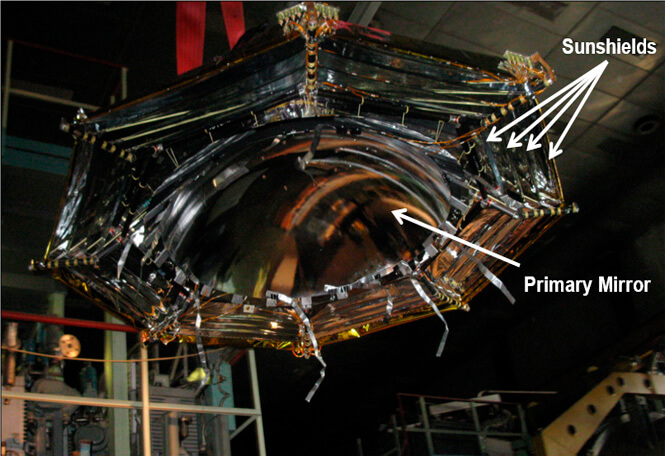 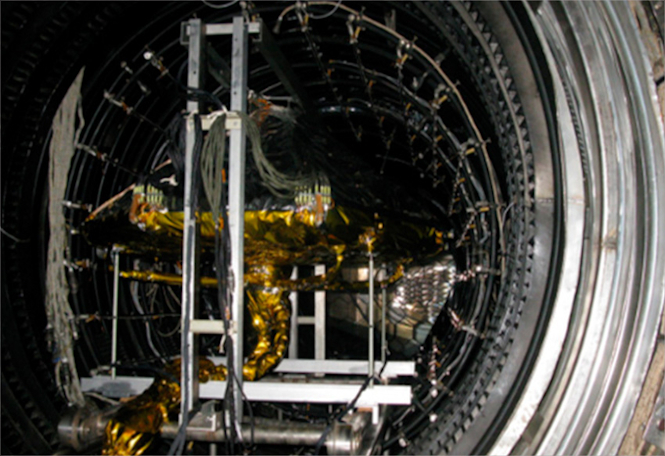 The cryogenic test in the vacuum chamber