Scientists from Russia (Astro Space Center) and the Netherlands assessed the possibilities of joint observations using Event Horizon Telescope and the Millimetron Space Observatory. Research accepted for publication in the Monthly Notices of the Royal Astronomical Society. More details can be found on the arXiv.org website.

Scientists considered two supermassive black holes with large angular dimensions as targets for the future space-ground interferometer. These are black holes located in the center of our Galaxy (Sgr A*) and in galaxy M87. Among the many possible orbits of the Millimetron, a highly elliptical near-Earth orbit was chosen. It is supposed that the space telescope will be transferred to such orbit after the completion of the scientific program at the L2 Lagrange point. The simulation was carried out for a wavelength of 1.3 mm, and all existing telescopes of the EHT collaboration were taken into account as ground-based telescopes.

The study showed that the joint observations with the Event Horizon Telescope and Millimetron will improve the quality of the reconstructed images of supermassive black holes in the M87 galaxy and in our Galaxy by more than 10 times. Due to the high velocity of the space telescope in the perigee of near-Earth orbit, for the first time joint observations will make it possible to study the dynamics of the matter movement around the black hole located in the center of our Galaxy on very short time scales, about 200 seconds. By analyzing the shape of the black hole's shadow, the distribution of brightness in the inner regions of its accretion disk, as well as the rapid changes in the details of this disk over time, scientists will be able to investigate the geometry of space-time and the behavior of matter in an extreme state in the immediate vicinity of the event horizon directly. 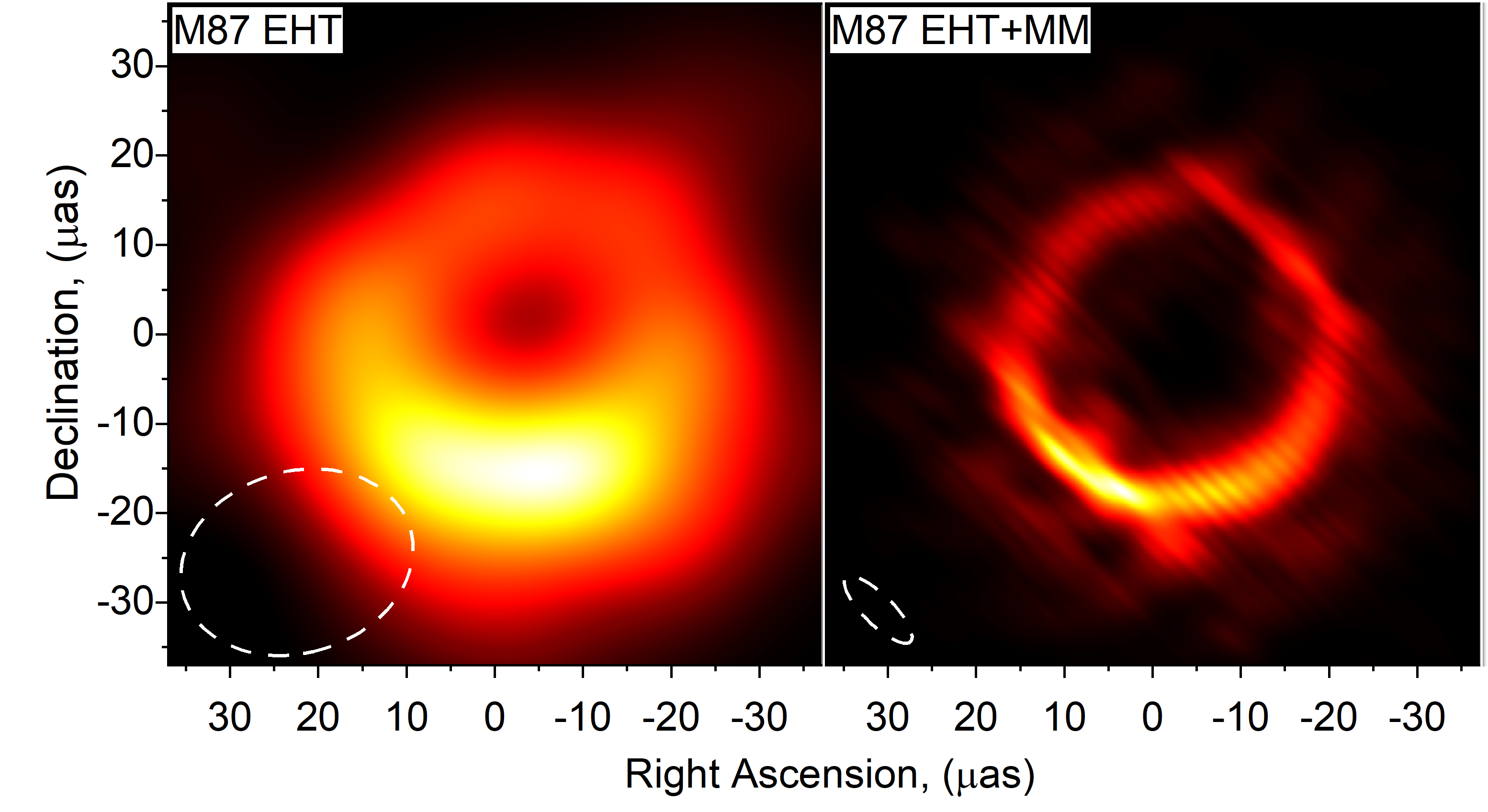